When I was a kid, there was this really cool show called “Night Flight.” Because I was so young, I couldn’t attend the midnight showing of “Rocky Horror Picture Show” or go see The Clash. But “Night Flight” was my introduction and access to such alternative and rebellious culture, including John Waters’ films and freaky animated movies like “Fantastic Planet.” I was probably too young to be watching such things, but luckily my parents had no clue. To this day, I still love everything I watched on “Night Flight,” especially Diane Lane’s film “Ladies and Gentlemen, the Fabulous Stains.” It was this flick that made me idolize Diane Lane, which I still do, and fantasize about having my own punk girl band. And, of course, I fell in love with the fashion – both the skunk punk and video glam looks.

For whatever reason I began to think of this film the other day and had to watch it again. I re-discovered my adoration for the clothes and looks in the movie and just had to share this admiration with you. If you get a chance, rent the movie. Listen to the music, watch Diane Lane and check out the fashion. Done correctly, many of the looks can transfer to 2010. Look at my suggestions below and travel back to the 80s with me. Enjoy!

Pre-punk: Diane Lane’s character Corrine Burns safely toys with being bold by wearing this leopard print jacket with skinny corduroys. I love how she wears a striped scarf with it, as if to mock the animal print and purposely clash. Very cheeky. I must try it this Fall! 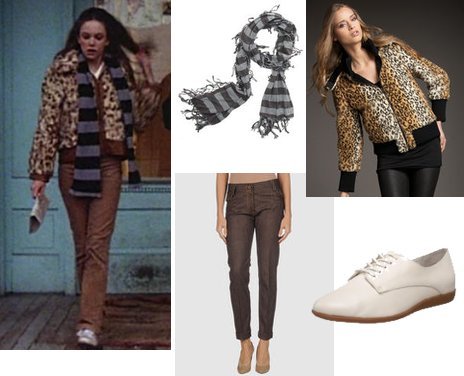 Casual Pants by Space
Scarves & Wraps by Rag and Bone

Skunk Punk: Now Corrine and her band are ready to rock! She yells at the audience and acts all angry. I love it. There’s nothing like an angry punk to make me smile. Obviously Corrine’s look is a bit harsh, but I couldn’t help but create one layout totally mimicking the original style, because I just love how awesome it is. However, being a realist, I also created a look that’s more do-able. You decide which kind of skunk punk you want to be. But whichever you choose, remember that it takes a mall full of clones dressing just like you to make you a star! 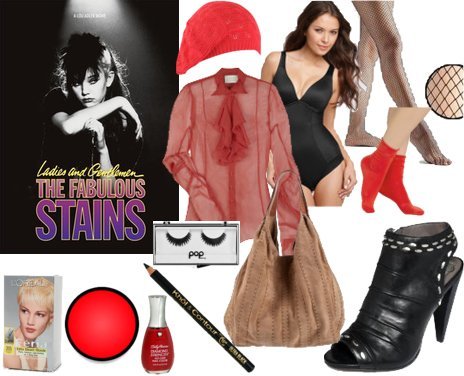 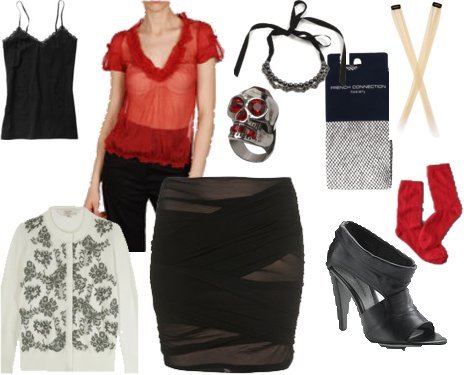 Video Glam: Of course my favorite look is the look the Fabulous Stains eventually end up with, and that’s their video glam look. After all, skunky hair and red flame shadow doesn’t really translate commercially. I am majorly in love with Corrine’s (Diane Lane) new hair and beauty. Her makeup is gorge. Her hair is flawless, and I am determined to have my hair looking like this come Fall. Be sure to check out Corinne’s band’s look, too. Both her sister and cousin wind up looking pretty glamorous also. 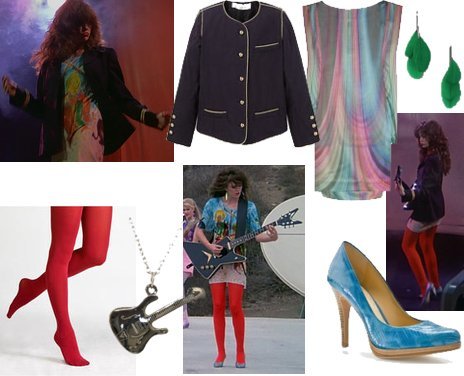 Day Dresses by Elizabeth and James
Pumps by Nine West 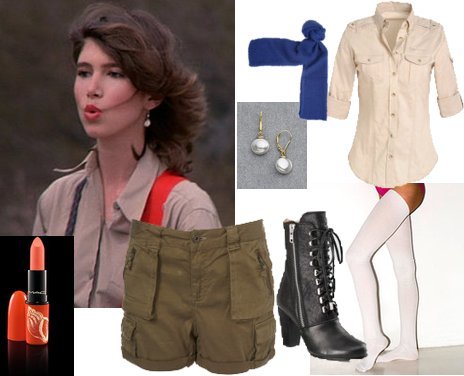 Shorts by Topshop
Boots by Chloé 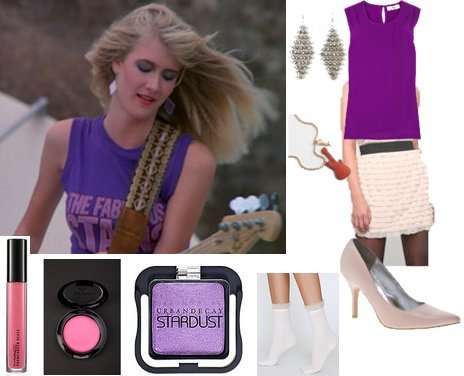 I’m on a mission to make women feel good about themselves—no matter their body shape, age, income, or relationship status. Here at Lollie Shopping, you’ll find information and my personal thoughts on fashion, shopping, beauty, books, career, home decor, relationships, Las Vegas lifestyle, and more. Learn more on my About page. Thanks for stopping by.